Whether you play fantasy sports or not chances are you have seen or heard of Fanduel before.  They have been the leaders in creating the Daily Fantasy Sports industry and till this day still remain among the elite few at the very top of the now-crowded space.  If you play daily fantasy sports then it’s a no-brainer to have an account at Fanduel.com, they helped make DFS what it is today and continue to be looked upon as leaders for the entire industry.  Despite the growing competition, Fanduel still continues to expand and provide their players with some of the biggest prize pools and excellent DFS platforms today.

What Fanduel Could Improve

Fanduel offers all new players a win or get your cash back offer for 2017. If you don’t win your very first contest you will be refunded your entry fee (up to $120) back into your account. How it works:

This is a great promotion and you essentially get to play a real money contest for big prizes for Free. We recommend depositing at least $200 (if you have the bankroll) to to take advantage of the offer to the fullest so that you can play in a contest with an entry fee as much as $120.

Fanduel has consistently offered the big 4 sports and fantasy NCAA contests on their website.  Here is currently all the fantasy sports contests you can play at Fanduel:

Since 2010, Fanduel has been the go-to place to play DFS for huge prize pools.  They were the originators of the Daily Championship tournaments we see at every site now and have been turning regular fantasy joe’s into millionaires on a regular basis.  They have a massive player base and you will rarely find an empty contest which is great because you can always count on your contests going live if they are not guaranteed.  On a day to day basis don’t be surprised to find well over 20,000 live contests to enter across all their sports.  You can enter fantasy contests for as little as $1 all the way up to $50K for all you high rollers out there.  All of Fanduel’s contests are in traditional salary cap format and you can play in the following types of salary cap games:

As you can see pretty straight forward sports and contests which is where Fanduel loses a slight step on the competition.  With no Fantasy Golf, Fantasy Nascar or Fantasy MMA – Fanduel is certainly missing out on the popularity of these emerging contests.  These sports fall into a somewhat gray area when comes to the legality of hosting them and Fanduel is sticking to the safe side of the daily fantasy tracks.  Which is totally understandable except most of the competition has now adapted these new sports and thus given their players more contests to play in. We hope the legality clears up soon so Fanduel can start offering these contests for their players as well.  That being said as far as the big 4 sports are concerned Fanduel is still a must play for any DFS player and rumor has it they are looking into offering daily fantasy soccer contests in some capacity down the road.

Like we mentioned earlier all of Fanduel’s Contests are in salary cap format.  There are two notable restrictions to be aware of when drafting your lineups:

Most contests and payments are settled after the final game has finished once Fanduel has received the final stats from their third party provider.

Fanduel has made some nice improvements to their lobby since when they first launched in 2010.  No space goes unused with their newer design and it’s well laid out especially for responsive use on any device.  Your main menu is located at the top and houses all the standard links for your account and current contests.  Their featured promotions are neatly located right below the menubar and but can sometimes blend into the background making them not stand out as much as they could.  Everything else about the lobby is super clean and easy to use.  You can filter the contest format types by using the tabbed buttons right above the contest select screen.  You can filter contests by sport, contest format, entry fee and date.  Fanduel always has a huge slate of games every day for every sport (which is why they are one of the best) and each contest title is clickable for more information like rules, entries and prize pool distribution.

Much like their lobby Fanduel takes full advantage of space with their draft screen.  The menu bar has all the contest info and there are links for prizes and scoring rules.  The all white screen is very clean and easy on the eyes which can’t be said for all DFS sites.  The contest game match-ups are located below the top menu and each game is clickable if you would like to filter players to specific match-ups only.  What’s really great is the links to weather forecasts for each game and a link to starting line-ups when they are made available.  A nice touch and valuable information for the user to know for any last minute adjustments to their team.  When clicking on any player name you are given a pop-up window for the players card which is maybe the best in the industry.  They provide you with season stats, opposing pitcher stats, game logs from the last 10 days and latest player news which is powered by Rotowire one of the best daily fantasy news sites out there.  A wealth of information for any DFS player, even if you haven’t done your own homework first you can use their stats to draft a competitive team.

Where Fanduel could still use a little work in design is with their in-contest live scoring screen.  There just seems to be so much space wasted by having the leaderboard front and center and way too big.  I think most DFS players would like to see their team and scoring as the prominent feature while watching live.  It can be very annoying to constantly scroll up and down to see your full team plus the leaderboard.  Also, if you don’t want to compare your team side by side to the leaders then there is wasted space next to your team, see the screenshot  for an example.  The actual information on the screen is great along with the scoreboard, it’s just the layout that we think could be improved for a better user experience.

Deposit and Withdrawals at Fanduel

At Fanduel you can deposit money using the following methods:

You can  deposit by selecting one of their pre-determined amounts or just enter your own, the minimum deposit is $10 and the maximum is $1000.

Paypal withdrawals usually take 48 hours or less and mailed check take anywhere from 7 to 10 days according to Fanduel.

Who Can’t Play at Fanduel

First off you must be 18 years or older to play daily fantasy sports at Fanduel.  Due to state restrictions, unfortunately, the following residents of these states can not play:

Also, Fanduel is only open to residents of the USA (excluding the states above) and Canada.  The rest of the world cannot play at this time.  Fanduel is exploring the option of expanding into the UK.

Fanduel has been leading the way in excellent prizes and promotions for their players since 2010, here is a look at some of their best: 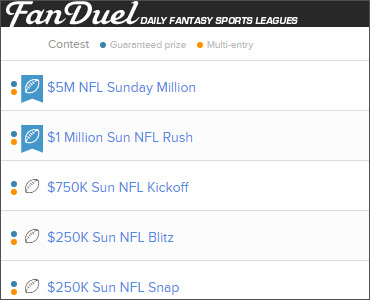 Every Monday to Friday between the hours of 4 to 6, Fanduel ups the ante with these special contests.  You can see extra cash added to the regular prize pools as much as $1000 or you can earn entries into upcoming big tournaments.  It’s a nice little incentive on top of the money you would already be winning.

In 2015, Fanduel hosted one of the biggest Fantasy Baseball championships ever.  There was $4 Million in total prizes and 1st place got a cool $1 Million.  As well if you qualified for the main event Fanduel flew you out to Vegas for VIP trip and a live finale party at the Cosmopolitan Hotel.  Qualifiers walked away with a minimum of $10,000 in winnings. 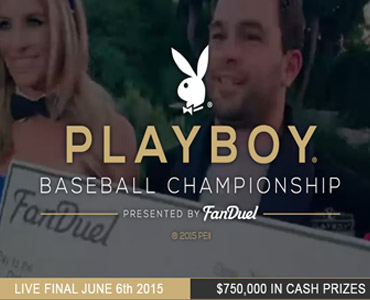 Maybe the most popular of Fanduel’s contests and for good reason it involves the Playboy Mansion.  In 2015, Fanduel held the Baseball version of the Playboy Championship which included $750,000 in total prizes.  First place got $100,000 but this might be the one contest where the prize money comes second.  All qualifiers for the big event got a trip to LA to the world-famous Playboy Mansion which included airfare and hotel.  The live finale viewing party was hosted at the Mansion with the Playboy bunnies and judging by the videos was a once and a lifetime event.

Our Rating for Fanduel.com

We rate Fanduel a 5 out of 5 site.  They are the originators of the Daily Fantasy Sports landscape and continue to expand and grow their website in order to stay near the top of this now-crowded space.  They continue to offer some of the biggest prize pools in the world and have partnered with some huge entities like the NBA.  Fanduel will continue to be a leader in the DFS world and we highly recommend you have an account at their site. 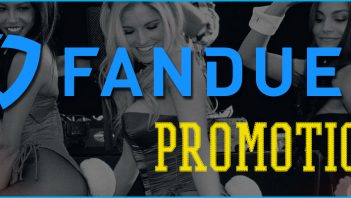 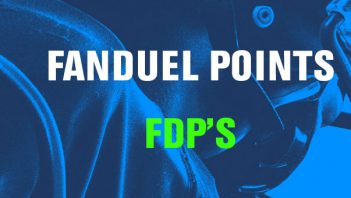 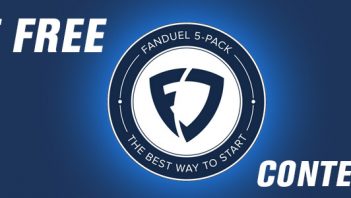