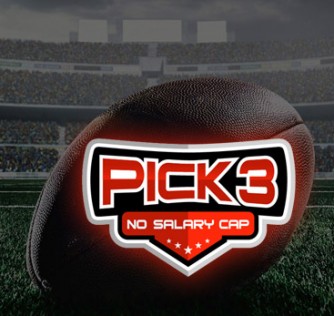 A rather new draft format to Daily Fantasy Sports contests has been the introduction of Fantasy Sports Pick’em games.  While this type of contest may be fairly new to the DFS world it is all too familiar to all of us who have been playing office pools for many years.  The same principal of your work box style office pool is applied to Fantasy Pick’em games.  If you’ve never played an office pool with box selections or are new to Pick’em type contests let’s take a closer look at how they are played.

With Pick’em games you are given a box or a “menu” of predetermined players to choose from.  This differs from the standard “draft” format in fantasy sports contests because you have no say on who goes into the boxes, you are simply picking from the choices that are given to you by each DFS site.  These boxes of players are usually grouped by player skill levels.  For example, Stephen Curry would be in the same group as Russell Westbrook and Aaron Rodgers would be grouped with Andrew Luck.  It’s not often you will see an elite star player grouped with average players and because of this your choices will not be easy.  This will usually create a wide variety of picks between opposing fantasy teams.

* Example of a Pick Em Draft at Fantasy Feud

The key to success in Pick’em games is simple; try and select the player that is going to have the best night and earn you the most possible points out of all the choices available for each group of boxed players.  Every daily fantasy sports site has their own points system and a number of players in each group will vary, so it is important to make sure to read and understand how points are rewarded for your players.  The more players in each box the more difficult the game becomes as it is harder to identify who’s going to have the best night in a group of 10 as opposed to a group of 5.  If the group of players you picked gain the most points combined you will win the contest over the competition.  Pick Em games tend to be very popular among casual Fantasy Sports players are those who don’t have the time to put in hours of research for a “Salary Cap” draft.  I won’t go as far to say that fantasy pick’em games are easier to win at but the competition level will be far less superior than that of salary cap contests.

So you now know how to play but what are some keys to winning your Fantasy Sports Pick’em contests, let’s go over a couple key strategies to help you place in the money:

Now that you know the basics and some key strategies, it’s time to win some real money.  Here is our list of the best DFS sites currently offering Daily Fantasy Pick’Em Games: 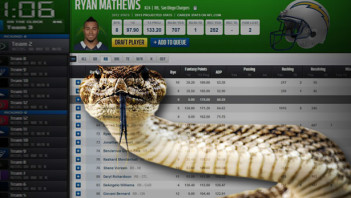 Learn the basics of one of the most popular type of fantasy sports drafts, the Snake Draft and how to prepare…